Thank You! You shall hear from us soon !! 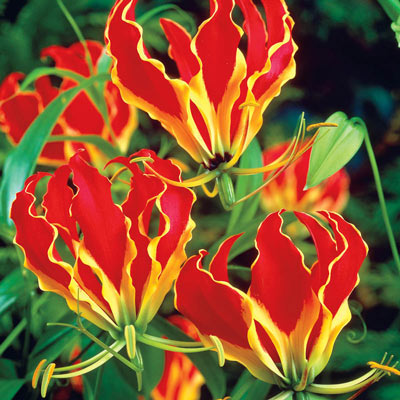 Opens a dialog Tap on image to zoom. 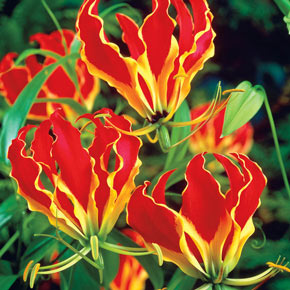 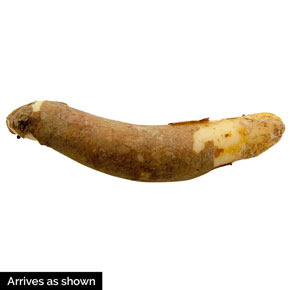 We ship this item in Spring.

While the only species in its genera, this unusual plant sports many common names including gloriosa lily, glory lily, fire lily, flame lily, climbing lily, creeping lily, and cat's claw or tiger's claw, and more. There are cultivars with color differences, but all are essentially the same plant requiring the same care. It is a deciduous, summer-growing tuberous plant originating in Africa and Asia (from China to India). This vivid scarlet variety was named for Lionel Walter, the second Baron of Rothschild, who is credited for bringing to Europe from Africa. Grown as a perennial in mild climates (zones 8-12) and as a summer "bulb" in colder areas for its dramatic flowers. While exotic in appearance, this summer flowering rhizome is tough and easy to grow. Not a true lily, it requires little fuss, as it grows naturally in a wide variety of habitats from forests to grasslands; often in nutrient-poor soils. Please note that all Gloriosa lilies are poisonous plants, do not eat under any circumstances. This exotic looking climber will produce one to four slender stems which generally grow up to 6 feet long emerging from a fleshy, elongated tuberous rhizome in spring. Support should be provided and can be as simple as a bamboo stake or as ornate as an obelisk or trellis. The glossy emerald green leaves are generally produced alternately along the stems, but sometimes are opposite or whorled, too. Each sessile leaf has strong, parallel veins and tapers at the tip into a coiling, clinging tendril which allows this scrambling plant to climb other plants or structures. Once you try this unusual summer bloomer in your patio or terrace garden, you'll be hooked as well.

When will my order ship?

Plants will be shipped at the proper planting time for your area of the country during the shipping timeframes outlined below:

We have received your request. You will be notified when this product is in stock.